Everything you need to know about solar inverters

Solar inverters are a key component of any solar power system. They take the direct current (DC) of the electricity produced by solar panels and convert it into alternating current (AC) electricity, which can then be used to power your home. They also allow any excess electricity generated to be exported into the national grid, helping you to make a profit

Without getting too technical, solar inverters use a pair of “power switching transistors”, which are repeatedly turned off and on in order to make DC electricity seem like AC electricity. A receiver then processes the DC, converting it into AC before pumping the electricity into your system.
Efficiency is at the heart of all of the best solar inverters, which have a typical conversion rate of between 93% and 96%, with the remaining electricity used to power the inverter itself.

There are two different types of inverter to choose from. The type you need will depend largely on the number of panels you have, the size of your home and the amount of money you are willing to invest in the technology.

These are ideal for households with a large number of solar panels that are operating under the same conditions. This means they are all facing in the same direction and are likely to receive the same amount of sunlight throughout the day. Depending on the size of your home, you may have to install a number of string inverters to achieve the best results.

In contrast to String Inverters, these are the perfect solution for properties that have a number of solar panels all facing in different directions, or smaller properties with just one or two panels. The cost per watt is higher for micro inverters, but they are easier to install initially.

As solar inverters are a new and necessary technology, the costs can be quite high, depending on the type of inverter you choose. Typical prices range from £500 for a smaller micro inverter to thousands of pounds for a top of the range, high-performance string inverter. Generally speaking, the more expensive the inverter, the greater the efficiency rating, although the lower cost models will still achieve around a 93% conversion rate.

There is a wide range of solar inverter outlets servicing the UK market, and a large selection of brands to choose from. SMA, one of the more popular manufacturers, have a number of inverters available, with the better Sunny Boy models ranging in price from £1,500 to £2,500. All models comply with UK regulations and achieve a conversion rate in excess of 93%.
You may also want to check out Mastervolt, who include a handy piece of free software to help you monitor the performance of your solar inverters, while charging considerably less than their SMA counterparts. You can typically find a high-performance Mastervolt inverter for around £400, while they also offer a budget, stand-alone option that does not need to be wired into your electricity system. These are available for around £100.

What are the different types of solar inverters?

Inverters are an important part of any solar installation; they are the brains of the system. Although the inverter’s main job is to convert DC power produced by the solar array into usable AC power, its role is only expanding. Inverters enable monitoring so installers and owners can see how a system is performing. Inverters can also provide diagnostic information to help O&M crews identify and fix system issues. These important components are increasingly taking on decision-making and control functions to help improve grid stability and efficiency. With the growth of solar + storage, inverters are also taking on responsibility for battery management. Here is a look at some different types of solar inverters. 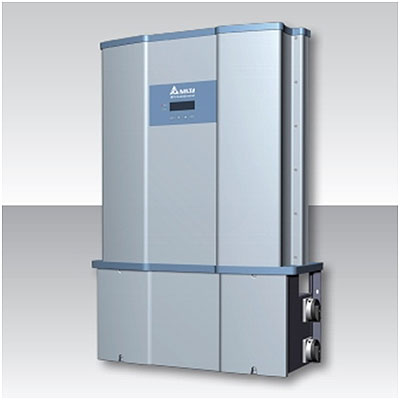 Central inverters are similar to string inverters but they are much larger and can support more strings of panels. Instead of strings running directly to the inverter, as with string models, the strings are connected together in a common combiner box that runs the DC power to the central inverter where it is converted to AC power. Central inverters require fewer component connections, but require a pad and combiner box. They are best suited for large installations with consistent production across the array. 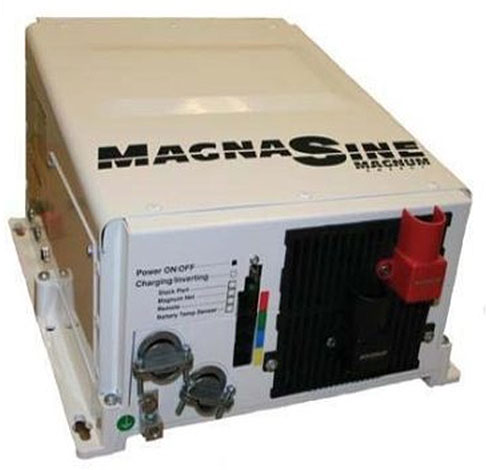